Is Traditional Media (TV & Radio) Still Worth It? -

Is Traditional Media (TV & Radio) Still Worth It? What do you think about when you hear, “Are you in good hands?” What about, “We have the meats?” Chances are if you watch TV or listen to the radio fairly regularly, you’re thinking about a roast beef sandwich and checking your auto insurance rates.

Throughout your life, you hear catchy slogans or hear memorable jingles. The fact that you can recall them and the brand they’re connected to, shows that they work.

Some of the clients that come to us question whether TV and radio advertising is still effective. However given the example above and the fact that most jingles and taglines primarily appear on TV and radio, answers that question.

Sure, more and more companies are utilizing digital media to push their messages, and justifiably so. Let’s look at TV for example.

We’re not denying the trends we are seeing in consumers. It’s true—U.S. consumers have shifted more of their viewing and listening time to digital media. Outlets such as Netflix, Amazon Prime Video, Spotify, and YouTube have been surging for some time in viewership.

In 2019 the apex of digital media spending was reached. The amount spent on digital media ads surpassed television ad spending for the first time in history. In fact, media analysts believe that this year, a whopping two-thirds of ad budgets will be allotted to digital mediums.

It’s not an unrealistic prediction. Over 180 million people in the U.S. alone have subscriptions to streaming platforms like Netflix, Hulu, and YouTube. That number is expected to continue to grow over the next decade.

So, we can understand why clients might think going all in on digital is the way to go. While we’re at it, let’s look at why digital media is so attractive before we offer a better approach than going all digital.

The Draw of Digital Media

Digital media advertising is very alluring for one major reason among others.—cost. Ad buys are certainly cheaper than TV. Think about it, you take a website loaded with free organic SEO that brings in customers.

You can boost the numbers with pay-per-click and social media ads fairly easily and the cost can be as inexpensive as 3-4 cents a click.

Producing and placing a TV ad costs considerably more—thousands as a matter of fact. Depending on when and where the ad airs, the cost can soar into the millions—yeah we’re looking at you Super Bowl.

Digital media supporters are quick to highlight that digital ads allow for more specific targeting. When you consider the number of consumers with smartphones and social media platforms—it all makes sense.

Ad buys can be coordinated with Facebook and other platforms to distribute to specific age ranges and other demographics with just a few clicks. Compare that to TV commercials that cover a wide range of people. Many of these people may not even be your target demographic.

We didn’t even cover the fact that advertisers can re-target an audience. This means that the ads they set up can be triggered to keep appearing throughout the entire time a consumer is browsing the internet. This means if you want to sell them, you can make your ad appear over and over again as they’re browsing.

So, we were supposed to make the case for TV & Radio still right? Admittedly it might feel as if we’re pushing for digital media, doesn’t it? Well, we’re not, and here’s why we still are sold on TV & Radio—and you should be too.

While all of the above we’ve been raving about is true and is exciting for advertisers—TV & Radio is still a force to reckon with.

Sure, everything we’ve laid out about the benefits of digital media might make it seem like TV & radio is dead—until you look at the numbers.

A recent study by a leading media analytics group found that over 80 percent of households still subscribe to cable or satellite TV. Furthermore, the data showed that when surveyed, they discovered that:

So, what does that mean for traditional media? Well, since we’re talking TV right now, let’s keep rolling with that.

The conclusion is that ads on TV actually captivate your audience whereas digital ads get ignored as noise or blocked with ad blockers.

So, you want to think twice before abandoning TV ads from your overall marketing budget. Ultimately, it could end up costing you a large chunk of your audience. We understand the temptation to follow the shift to digital media. However, many Gen-Xers and Baby Boomers still consume TV as the top source of entertainment. Those are two demographics you do NOT want to lose, they dominate the buying power in the U.S.

Yeah, But What About Radio Advertising?

Radio advertising is another outlet that people are mistakenly thinking is not effective anymore. We can understand the reasoning. While it’s cheaper than TV advertising, it is more expensive than digital media. With the overwhelming amount of streaming audio providers, it’s hard for many to believe radio is relevant anymore.

Well, just like with TV—you realize its significant importance once you dig deeper into it. And let’s be honest, if radio really wasn’t working—there would be no radio.

Many people listen to the radio on their way to work or school. So, your radio ad gets you a captive audience— an effective radio ad gets you new customers. That’s where the key to radio advertising lies, learning to tailor your approach to the listeners.

Drivers can’t zone out as easily versus watching TV, they can’t grab their phone and check social media while doing 85 down the freeway. Yes, some irresponsible drivers do, but for the most part, drivers are locked in on the radio.

Your job is to tailor the message to those drivers. Keep the message focused, and make sure your company time is repeated as well as your contact number and website. Giving them something to remember is your job—they’re already willingly captivated by their radio, look at the numbers:

Looking at combined data from Nielsen on adults 18 & older, radio reaches over 243 million EACH MONTH. That beats out any other medium—including digital.

The most effective choice you can make for your advertising campaign is an integrated one. If you go all in on digital or all in on traditional media, your reach will be limited.

Leveraging your budget by spreading it across all mediums capitalizes on the full reach of the combined mediums. Companies that take this approach see on average, nearly a 40% boost in their ROI, according to recent studies.

If you want your ad campaign to be effective you have to produce effective ads—radio, TV, and digital. That’s where SiteJab comes into play—we take your brand and package it for your audience and tailor it for each platform.

Contact us today and let’s maximize your advertising efforts. 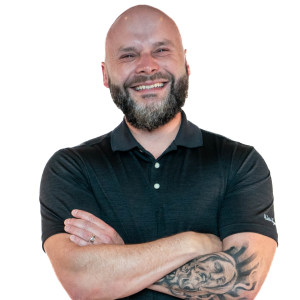